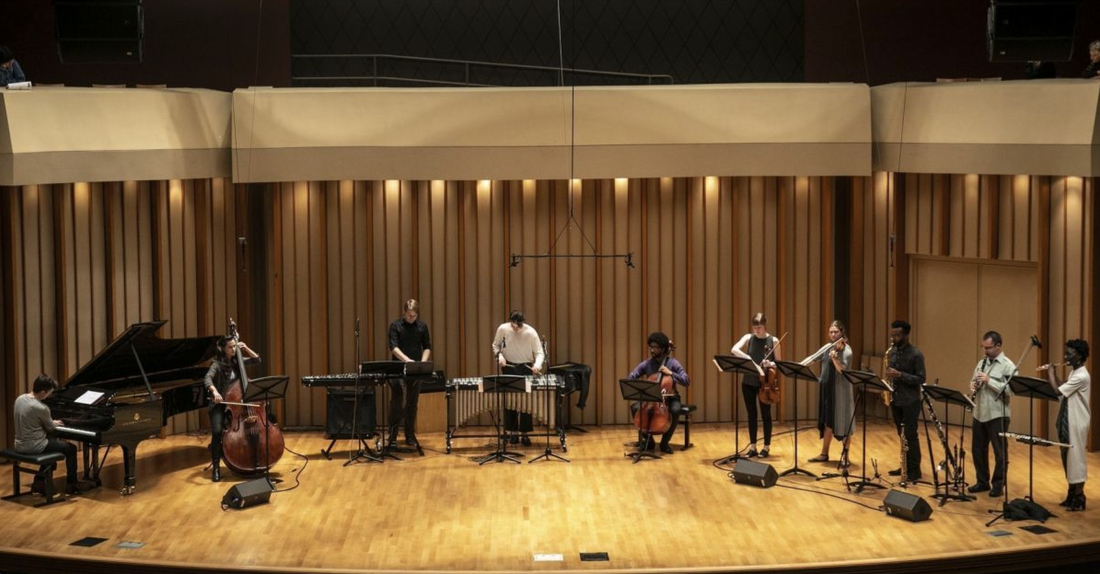 PHOTO BY JAY CLENDENIN (LOS ANGELES TIMES)
ECHOI is a flexible chamber ensemble that serves as the ensemble-in-residence of Monday Evening Concerts. It was originally founded by Jonathan Hepfer and Alice Teyssier in Oberlin in 2006 as an autonomous group in the tradition of eighth blackbird and the International Contemporary Ensemble. For about a decade, the group's existence was nomadic, giving concerts at SUNY Buffalo, UC-San Diego, Freiburg, Germany, Maastricht, the Netherlands, and the Universities of Huddersfield, Minnesota and Leeds.