I am thrilled to announce the beginning of a three-year partnership between the astonishing bass-baritone Davóne Tines and Monday Evening Concerts as the series' first ever Artist-In-Residence. Over the next three seasons Davóne and I will collaborate closely to curate programs at Monday Evening Concerts, the first of which being his Recital No. 1: MASS presented at 8:00pm PST on Wednesday, September 8th at the First Congregational Church of Los Angeles.

Davóne Tines is a pathbreaking artist whose work not only encompasses a diverse repertoire from early music to new commissions by leading composers, but also explores today’s pressing social issues through music that blends opera, art song, spirituals, gospel, and songs of protest to tell a deeply personal story of perseverance that connects to all of humanity. He is a recipient of the 2020 Sphinx Medal of Excellence in recognition of extraordinary classical musicians of color, one of Lincoln Center’s 2018 Emerging Artists and a graduate of the Juilliard School and Harvard University where he serves as a guest lecturer.

I first met Davóne in 2017 in advance of Gay Guerrilla, MEC's Julius Eastman portrait concert. We only spoke once on the telephone before the concert at Zipper Hall and finally met in person ninety minutes before the curtain went up. At 8pm, I took the stage to conduct ten cellists and Davóne took the balcony above us. Together we gave the West Coast premiere of Julius Eastman's The Holy Presence of Joan d'Arc. in a performance that riveted all in attendance and forever changed the way I see music.

It is a true pleasure for Monday Evening Concerts to engage Davóne Tines as Artist in Residence and invigorate our return to in-person programming. Davóne elevates everyone around him through his creativity, work ethic, intelligence, generosity, and persistence and he is someone I greatly admire and respect. I hold him in the highest esteem as an artist, thinker, and visionary in the field of classical music as well as a very close friend. I am elated to join forces with Davóne and I hope you'll join us on this exciting journey over the next three years. 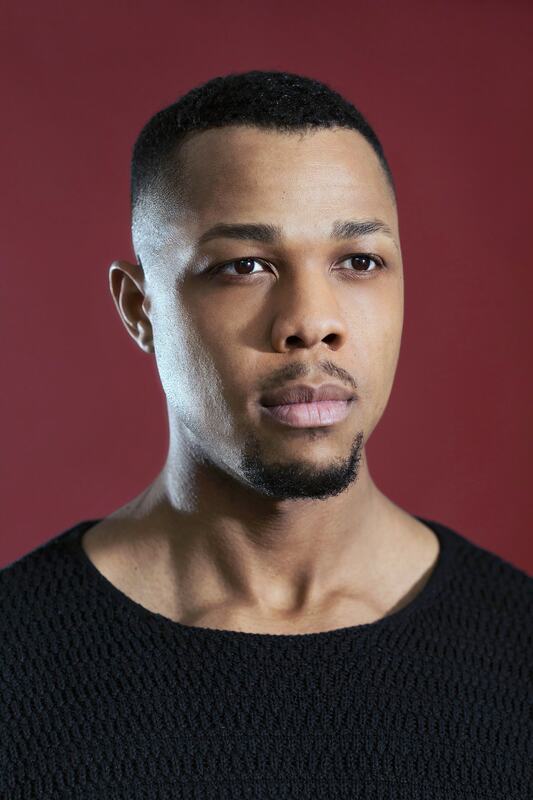 Photo by Bowie Verschuuren
Heralded as “[one] of the most powerful voices of our time” by the Los Angeles Times, the “immensely gifted American bass-baritone Davóne Tines has won acclaim, and advanced the field of classical music” (The New York Times) as a path-breaking artist whose work not only encompasses a diverse repertoire but also explores the social issues of today. As a Black, gay, classically trained performer at the intersection of many histories, cultures, and aesthetics, his work blends opera, art song, contemporary classical, spirituals, gospel, and songs of protest, as a means to tell a deeply personal story of perseverance that connects to all of humanity.

Mr. Tines is Artist-in-Residence at Michigan Opera Theatre—an appointment that culminates in his performance in the title role of Anthony Davis’ X: The Life and Times of Malcolm X in the spring of 2022—and Philharmonia Baroque Orchestra & Chorale’s first-ever Creative Partner. His ongoing projects include Recital No. 1: MASS, a program exploring the Mass woven through Western European, African-American, and 21st-century traditions, with performances this season at the Ravinia Festival, in Washington, DC presented by WPA, and at the Barbican in London. He also performs Concerto No. 1: SERMON—a program he conceived for voice and orchestra that weaves arias by John Adams, Anthony Davis, Igee Dieudonné and Mr. Tines himself, with texts by James Baldwin, Langston Hughes, and Maya Angelou—with the Philadelphia Orchestra and BBC Symphony.

Mr. Tines is a member of AMOC and co-creator of The Black Clown, a music theater experience commissioned and premiered by The American Repertory Theater and presented at Lincoln Center. He has premiered works by today’s leading composers, including John Adams, Terence Blanchard, and Matthew Aucoin, and his concert appearances include performances of works ranging from Beethoven’s Ninth with the San Francisco Symphony to Kaija Saariaho’s True Fire with the Orchestre national de France.

Davóne Tines is a winner of the 2020 Sphinx Medal of Excellence, recognizing extraordinary classical musicians of color. He also received the 2018 Emerging Artists Award from Lincoln Center for the Performing Arts and is a graduate of Harvard University and The Juilliard School.