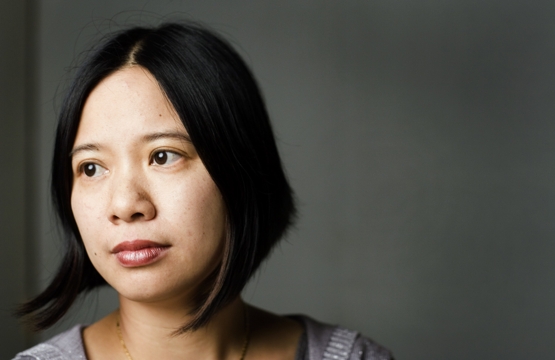 Liza Lim
​Liza Lim (b.1966) writes music marked by visceral energy and vibrant colour and often explores ritual forms and performance aesthetics from Asian and Australian Aboriginal cultural sources. Some recurring themes in her work include ‘hiddenness and revelation’, ‘violence and meditation’ and ecstatic transformation.

Her music, which ranges from operatic and orchestral scores to site-specific installations, has been performed by some of the world's pre-eminent ensembles. Notably, she was commissioned by the Los Angeles Philharmonic to write the orchestral work, Ecstatic Architecture, to celebrate the inaugural season of the Frank Gehry-designed Walt Disney Concert Hall in 2004. She was composer-in-residence with the Sydney Symphony Orchestra in 2005 and 2006. She has received major commissions from organisations such as the Bavarian Radio and SWR Orchestras, Ensemble musikFabrik & Holland Festival, Ensemble InterContemporain, Ensemble Modern, ELISION, the Arditti String Quartet (Milano Musica), Salzburg Festival, Lucerne Festival, Festival d’Automne à Paris, WDR Orchestra & Choir and BBC Symphony as well as the Melbourne, Brisbane, Adelaide and Perth Festivals.

In 2014, the Miller Theatre in New York presents a portrait concert of her music performed by the International Contemporary Ensemble (ICE). Recent projects have been based on the Sufi poetry of Hafez: Tongue of the Invisible, a 1-hour work written for jazz pianist Uri Caine, baritone Omar Ebrahim and Ensemble musikFabrik, and The Guest, for recorder soloist Jeremias Schwarzer and the Southwest German Radio Orchestra. She has written a string quartet The Weaver’s Knot to celebrate the 40th anniversary of the Arditti String Quartet for Wittenertage 2014. Current projects include a chamber work for the Norwegian Cikada Ensemble as well as a new opera Tree of Codes commissioned by Oper Köln in association with Ensemble musikFabrik and Hellerau European Centre for the Arts in co-operation with Theatre Company Prod.23 and festival partners for a premiere in 2015.

She has been closely associated with the Australian ELISION Ensemble for over 20 years with projects including 3 operas: The Oresteia (1993), Moon Spirit Feasting(1999) and The Navigator (2008) performed in Melbourne, Brisbane, Adelaide, Tokyo, Moscow, Paris, Zurich and Berlin. Awards include the Paul Lowin Prize, DAAD Artist-in-residence Berlin 2007-08 and Ian Potter Foundation Senior Fellowship. She was appointed a member of the Akademie der Künste der Welt Cologne in 2012 and curated the music programme for the opening ‘Cutting Edge’ festival. Since 2008, she is Professor of Composition and Director of the Centre for Research in New Music at the University of Huddersfield. In her research, she is interested in connecting her compositional practice to areas such as Australian Indigenous aesthetics (‘shimmer’) and non-western epistemologies of time and space; weaving and knots as a metaphorical ‘technology for thinking’; material translation, empathy and intuition in an ecology of collaboration; and distributed creativities. Her compositions are published by Casa Ricordi (Milano, London & Berlin) and on CDs with Hat Hut, ABC-Classics, HCR, Neos, WERGO, Dischi Ricordi and Vox Australis.